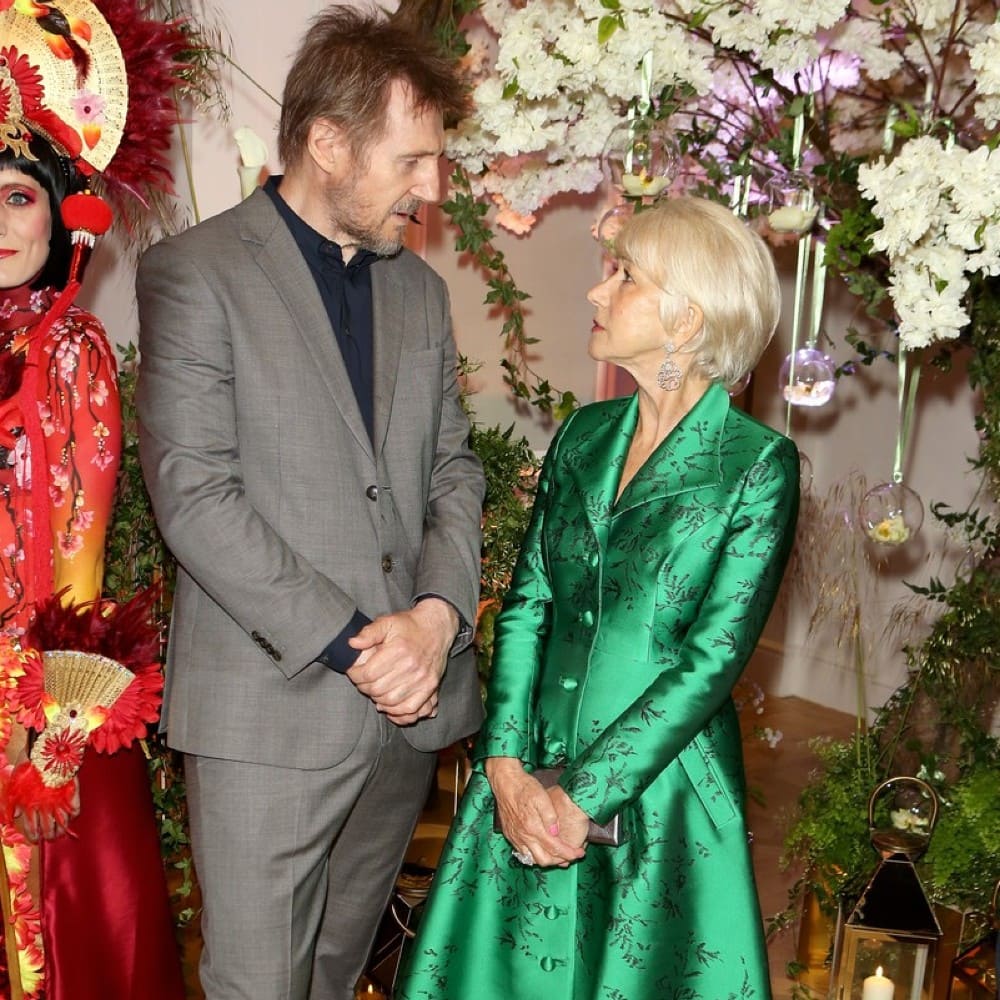 We all have heard of “couple goals” but Liam Neeson and Dame Helen Mirren might be the perfect example of “ex goals!” The two celebrated actors dated during the ’80s but eventually separated and married other people. But that has never stopped Helen Mirren from sharing nothing but loving praise for the famed Irish actor, even almost three decades later!

In a recent interview with AARP magazine, Dame Helen Mirren said that she and Liam Neeson indeed loved each other deeply. Though they were not meant to be together for a lifetime, she continues to love and admire Neeson even today. Calling Neeson an amazing guy, she also informed the reporters that she had made a shirt by hand for each of her male partners, including exes Peter O’Toole and of course, Neeson. Though she didn’t deprive director Taylor Hackford, her love of life and long-time husband since 1997. 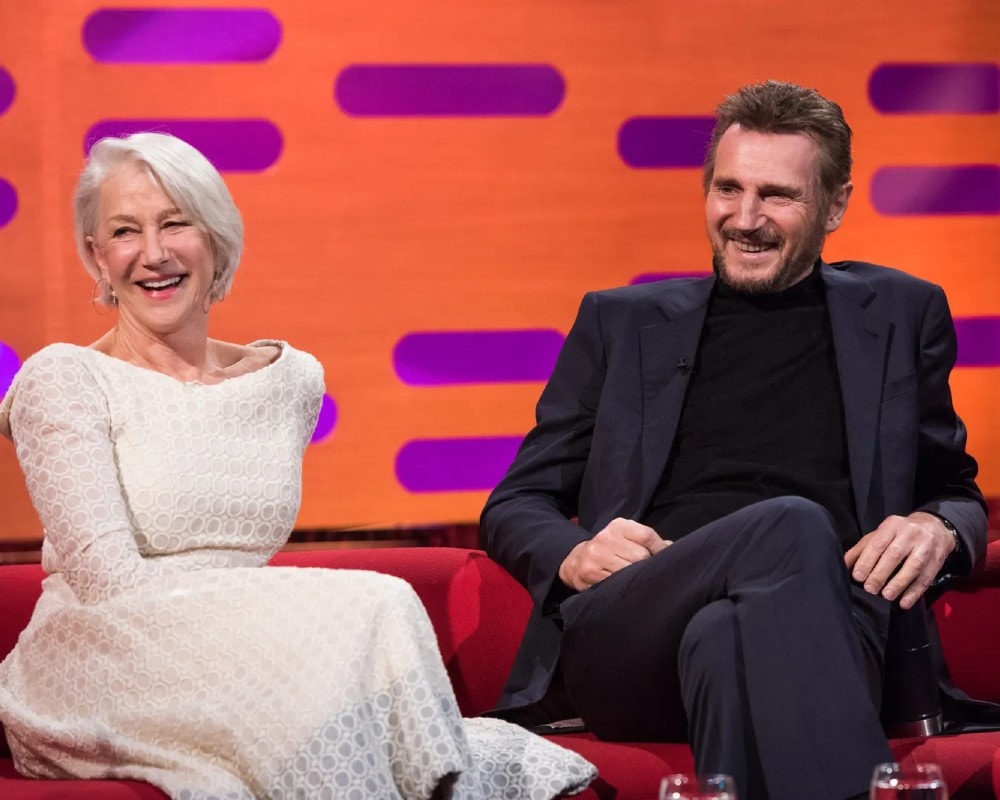 Helen Mirren and Liam Neeson met in 1981 on the set of the Arthurian fantasy drama Excalibur. In the film, Neeson played Sir Gawain and Dame Mirren played Morgan Le Fay. During their five-year relationship, the pair even went on to live together. On a 2018 episode of The Graham Norton Show, where both Neeson and Mirren were present, Neeson recollected the very first moment he fell for Mirren. He revealed that one day he was standing on the set of Excalibur with fellow star Ciaran Hinds, Mirren just casually walked towards them fully dressed in her Morgana Le Fay costume and the rest is history. Neeson jokingly went on that Hinds was also probably smitten with her at that moment, but he made the top mark! Neeson added that there’s nobody left who isn’t smitten with the beautiful actress. It seems that Dame Mirren also shares similar mutual affection and respect toward the famous actor and never shies away from expressing the same publicly.

Actress Jamie Lee Curtis is currently riding the limelight for her recent post in support of Nepo ...

3 Useful Ideas for Organizing Your Pantry

Organizing your pantry is essential — but not necessarily a fun task. We've all taken the basic ...

Kim Kardashian has again startled the audience with her unique style, when she appeared in the 2021 ...