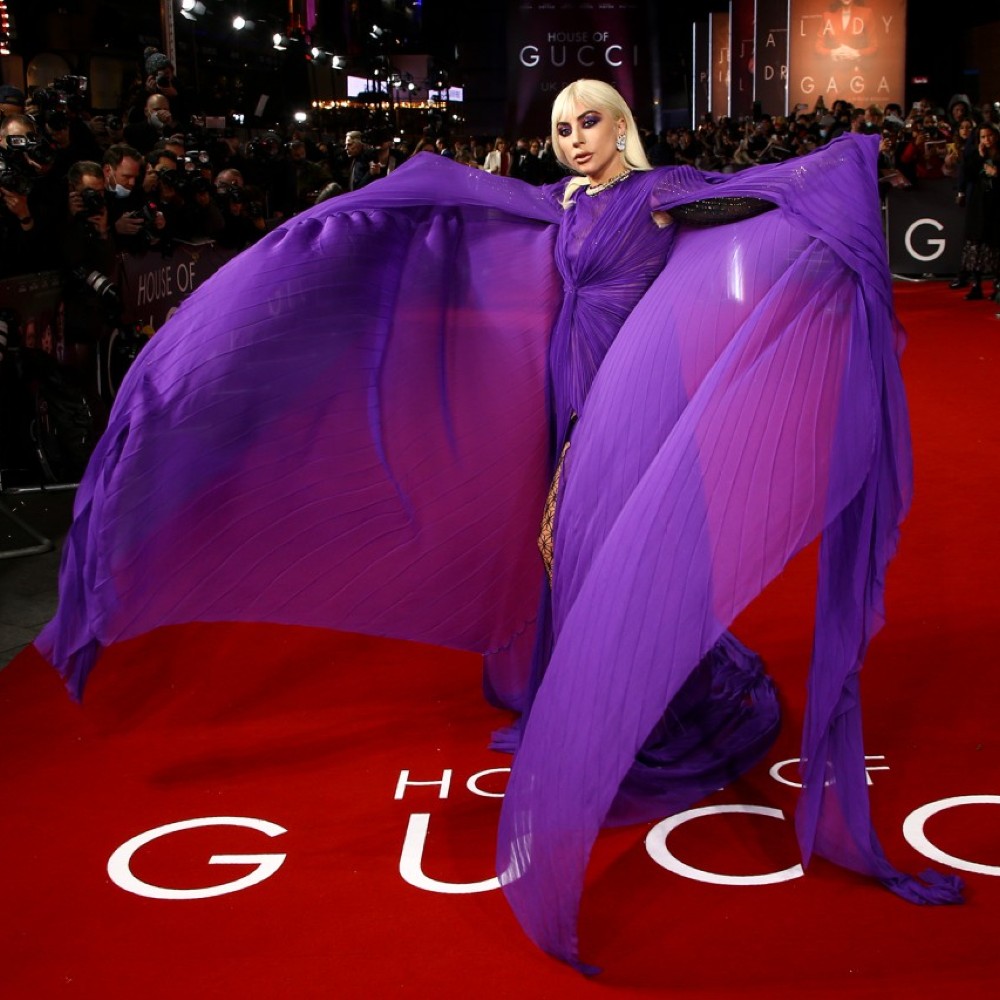 In a perfect Lady Gaga style, the pop star and actress brought big drama to the recent UK premiere of her highly anticipated next movie House of Gucci. It’s no wonder that Gaga donned the titular label on that special day. It’s the striking violet color, which set her apart on the red carpet of the premiere show.

Gaga appeared on the red carpet in a sheer, diaphanous flowy dress in bright violet, equipped with a gauzy glamorous cape, which she made the most of by posing up a storm. The frontal slit was perfect to flaunt her thigh-high designer fishnets and her signature bedazzled towering platform boots. Glittering black see-through gloves and a matching purple-shaded smoky eye makeup with nude lips completed her look. The singer-actress paired her ensemble with diamond-studded tennis bracelets, a cocktail ring, large statement earrings, and a sparking collar, all from Tiffany & Co. The gorgeous grape-hued gown awed the onlookers most when Gaga posed on the Red Carpet by spreading her impressive wingspan using the cape.

Hitting theaters on November 24, the Ridley Scott-directed crime drama already created the buzz over its central theme of the infamous Gucci House murder. Based on the book The House of Gucci: A Sensational Story of Murder, Madness, Glamour, and Greed written by Sara Gay Forden, the film depicts the scandalous murder of fashion-mogul Maurizio Gucci (Played by Driver), plotted by his ex-wife Patrizia Reggiani (Played by Gaga). 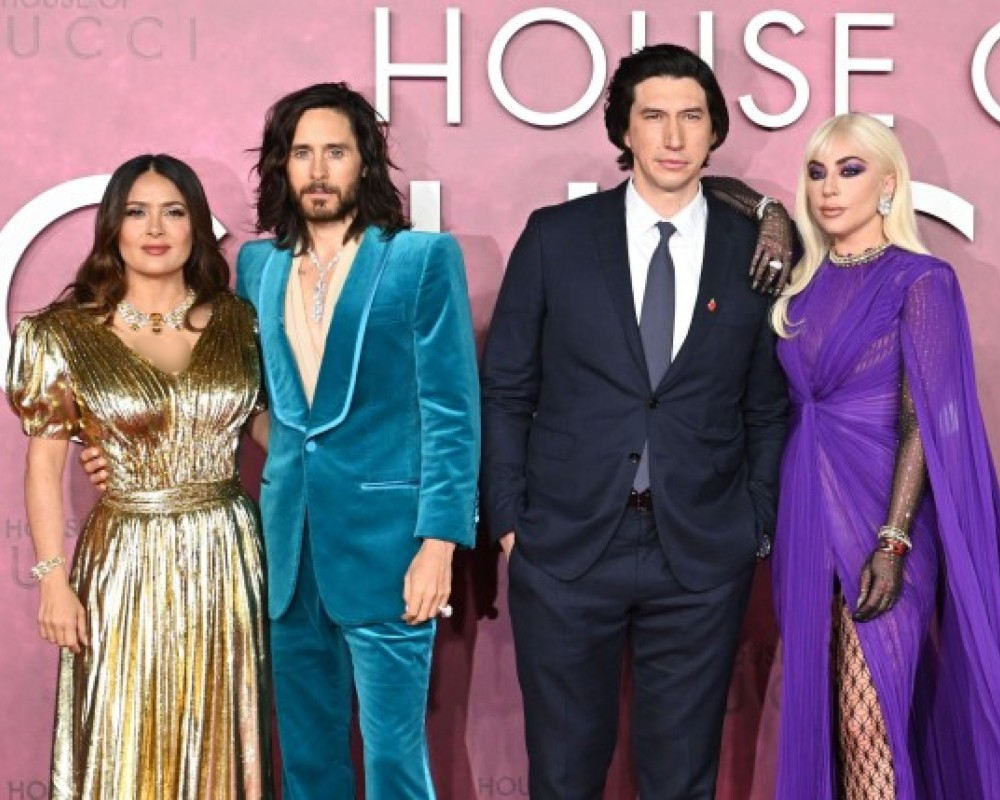 At the venue of the Odeon Luxe Leicester Square, Lady Gaga was joined on the Red Carpet by her House of Gucci co-stars Adam Driver and Jared Leto. While Driver donned a sharp navy suit with a dark grey tie, Leto sported a teal velvet Gucci tux. They were further joined by another important cast Salma Hayek, who incidentally happens to be married to Gucci’s parent company Kering’s CEO Francois-Henri Pinault.

How to Make Delicious Salty, Caramelized Brussels Sprouts at Home

You may not be a huge fan of brussels sprouts, but when you add bacon to the mix and a bunch of ...

In January, an architect named Brian Bononi was sent to a Portrait innovations photo studio that ...

Many of us can’t enjoy our regular cuppa joe without at least a spoonful of sugar or artificial ...