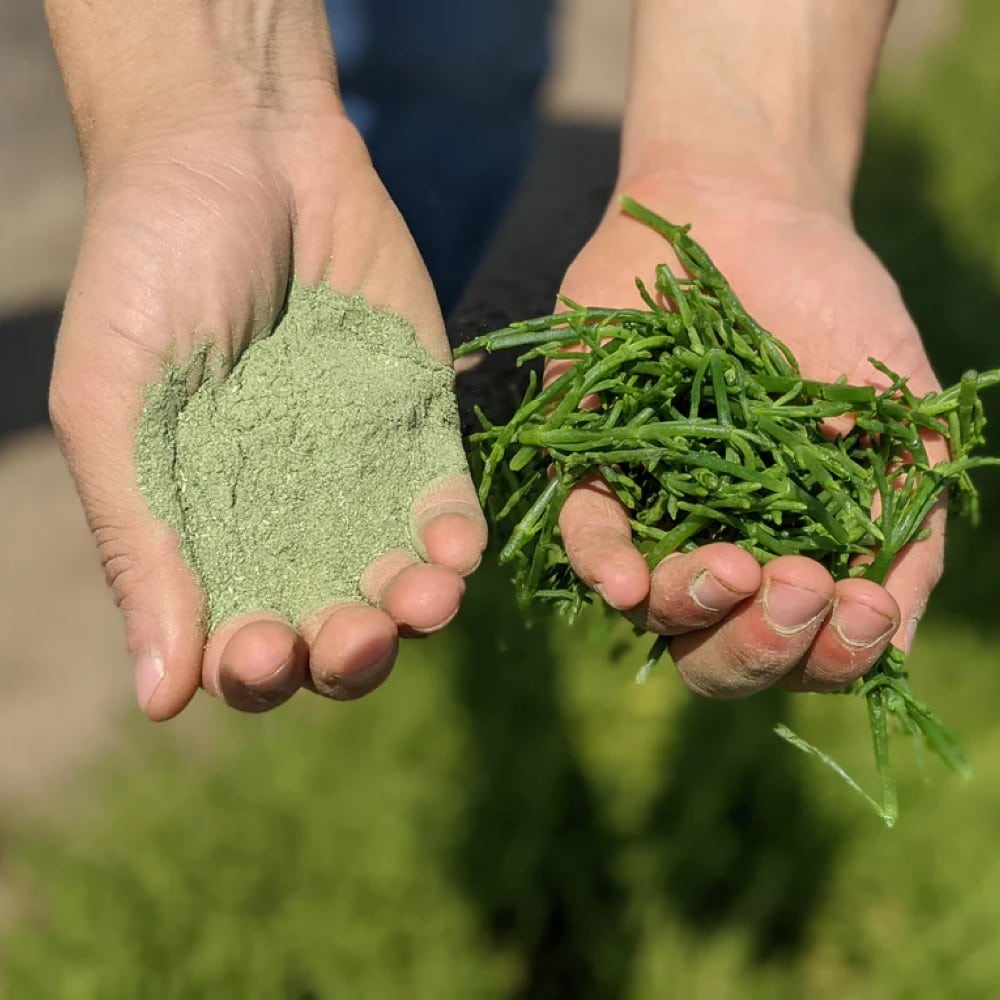 We all know that reducing sodium intake is better for our health. But you can’t cook meals without salt at home, as that’ll compromise the taste of the food. Even most processed foods and restaurant dishes contain a high amount of salt in the preservation or cooking process. Fortunately, green salt can be the simple solution you’ve been searching for all along! Read on to know more about the healthy alternative to regular salt.

What Is Green Salt?

Recently, the internet was abuzz with discussions over this strikingly colored alternative to common table salt. This unusual product is green and powdery and is generally sold in a brown paper bag, instead of a traditional salt tub or grinder. This unique salt is packed with several additional nutrients like chlorophyll, giving it its green color, potassium, magnesium, iodine, vitamin B3, fiber, and a little protein. 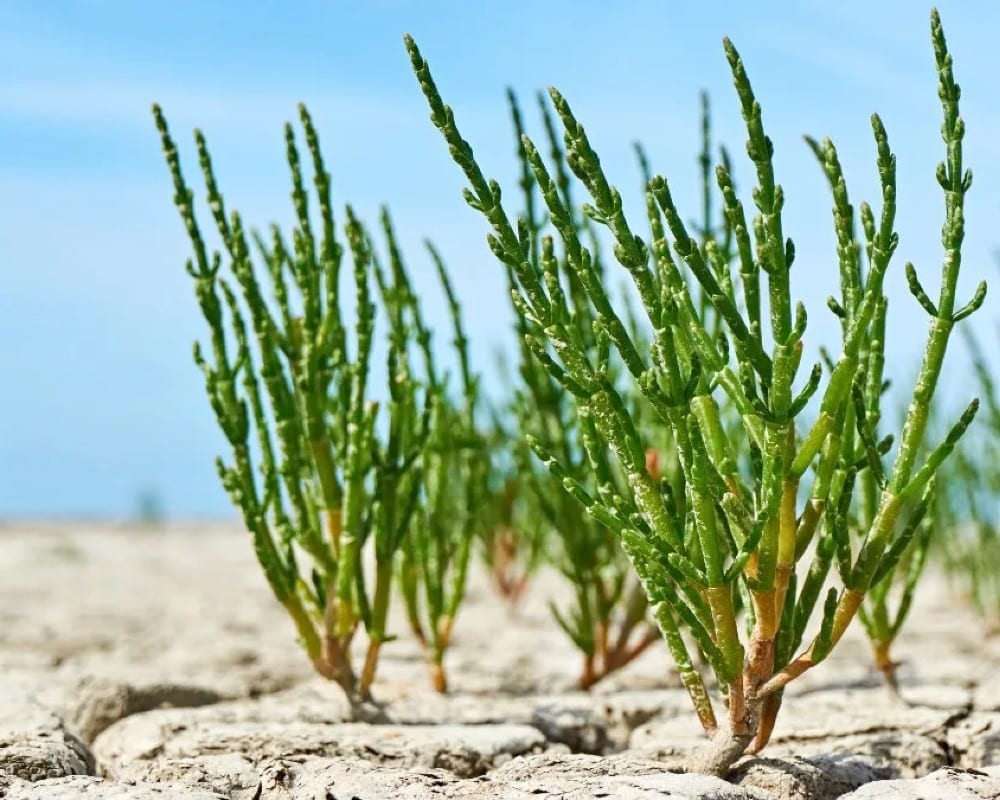 Green salt is sourced from dehydrated Salicornia, commonly known as sea asparagus. It has a lot of other names such as glasswort, pickleweed, crow’s foot greens, sea beans, samphire, and hamcho. This rod-like fleshy plant generally grows in marshes, sea shores, and salty wetlands. Though mostly uncommon, it’s long been used in traditional medicine to treat diabetes and poor digestion, and interestingly, in Korean cuisine as a flavor enhancer. These Salicornia plants are dehydrated and then ground into coarse or fine powder to make green salt. Unbelievably, the nutrients inside the salt come directly from the plant itself, without any additional component, making the salt totally organic. 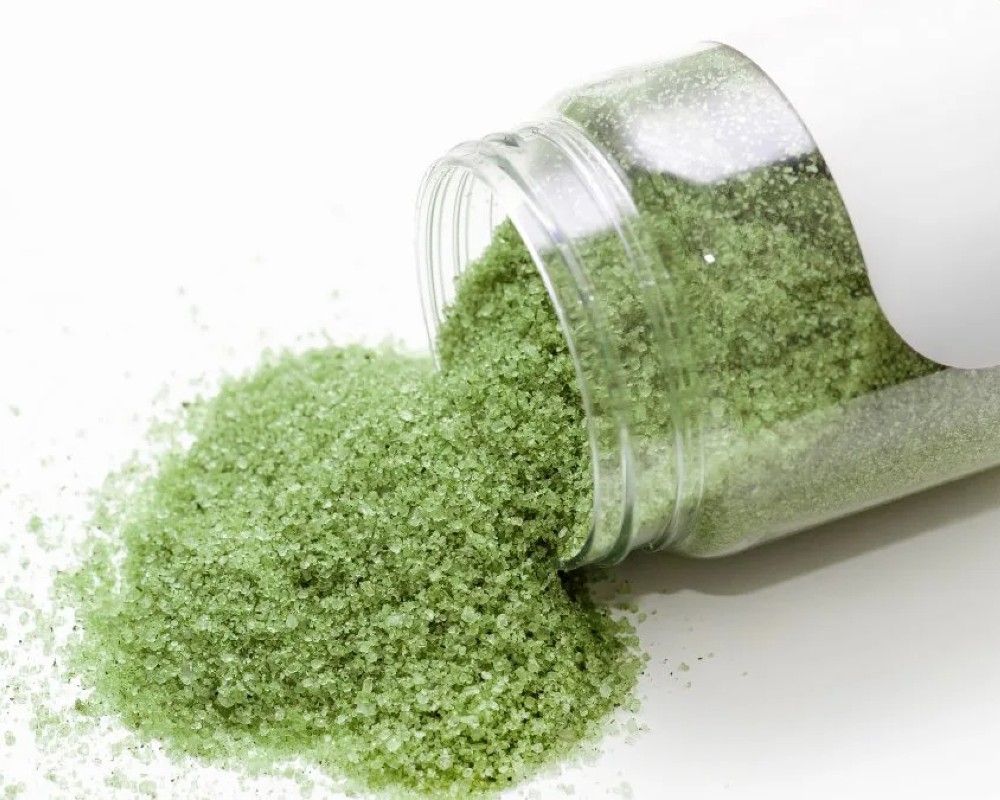 There have been several pieces of research conducted, within the last 10 years, which show that Salicornia plants are rich in antioxidants and have anti-inflammatory properties. Some researchers also claim that sea asparagus contains SP1, a specific type of nutrient linked to better insulin regulation and blood sugar control. Another study tested the effects of Salicornia salt on blood pressure with positive results. This study found out that this salt can even leave a protective effect on the livers and rodent kidneys. But, there’s a catch! All these studies are mainly animal-based with experiments and observations performed on rats. There’s no official human trial of green salt, yet. But don’t fret! The overall research on Salicornia is highly promising, so far, and there’s no report of any green salt-induced ailing in any person. So this time, don’t hesitate to replace your kitchen staple – salt.

4 Highly Recommended Preventive Health Checkups to do After Age 50

Any subtle health changes in the aging journey can cause serious troubles for anyone if left ...

When it comes to skincare, there’s always something chic and exciting about hunting down the ...

Many of us can’t enjoy our regular cuppa joe without at least a spoonful of sugar or artificial ...