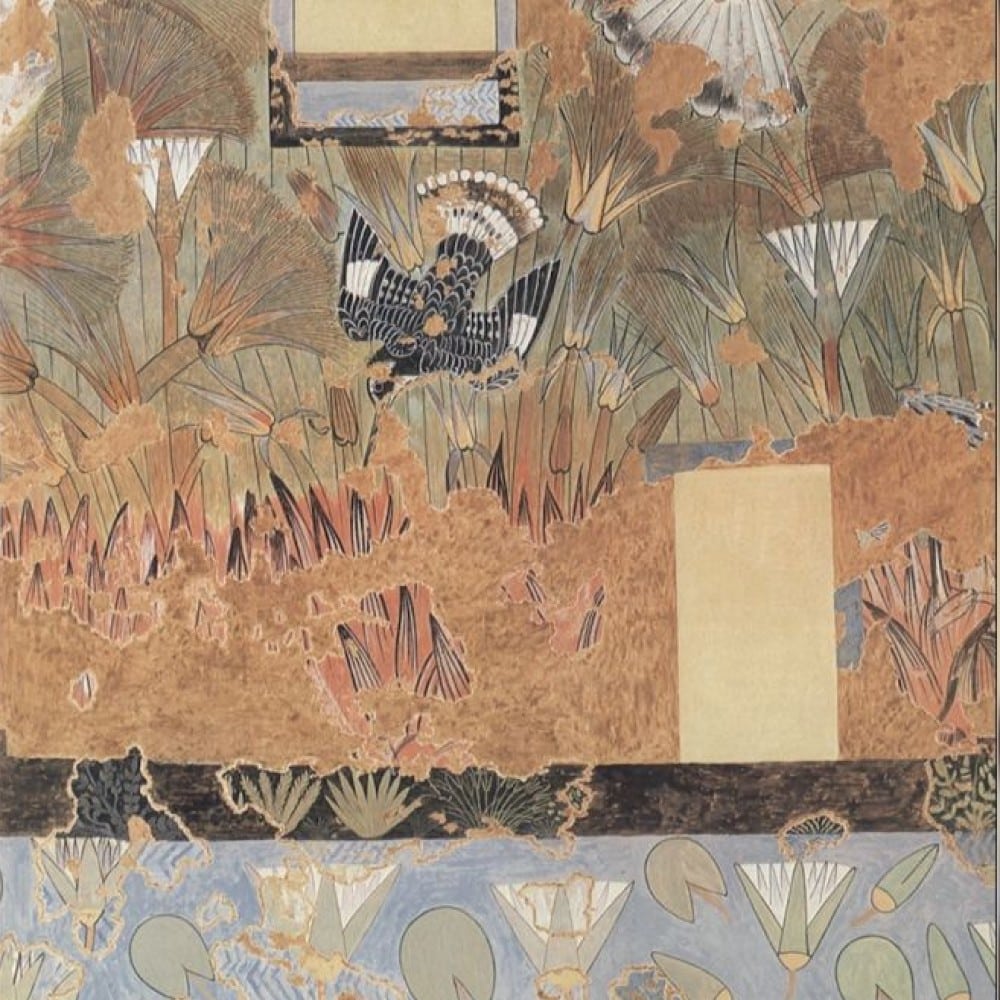 An ancient Egyptian painting has recently captured the attention of researchers. The masterpiece of artisan painting showcases the scenery of flying birds perching in a verdant marsh. The mind-blowing details of the painting have intrigued audiences and researchers alike for decades. Now, modern researchers can tell the exact bird species the artists skillfully illustrated over 3,300 years ago. 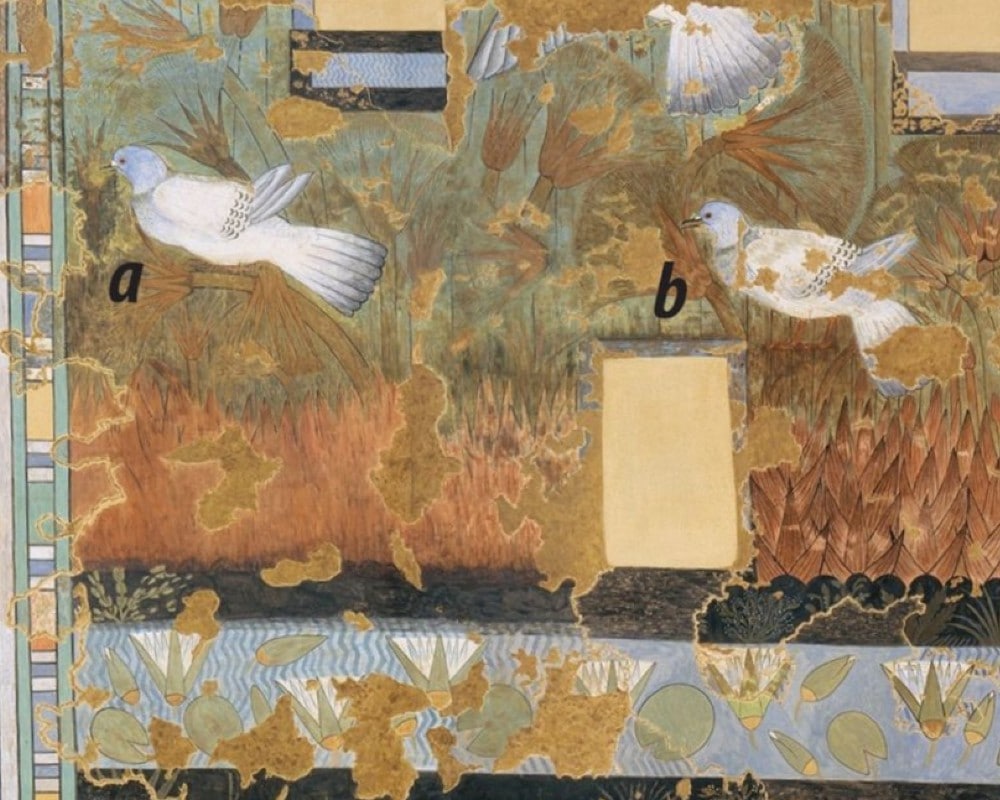 The stunning painting was excavated almost a century ago, etched on the walls of the Amarna palace. Located around 300 kilometers or 186 miles south of Cairo, Amarna was an ancient Egyptian capital. Previously, many researchers attempted to examine the illustrated wildlife on the mural. But it’s a new study that has taken a deeper dive into the identity of all the bird species depicted in the detailed artwork. Some of the birds even have a few different unnatural markings on them. 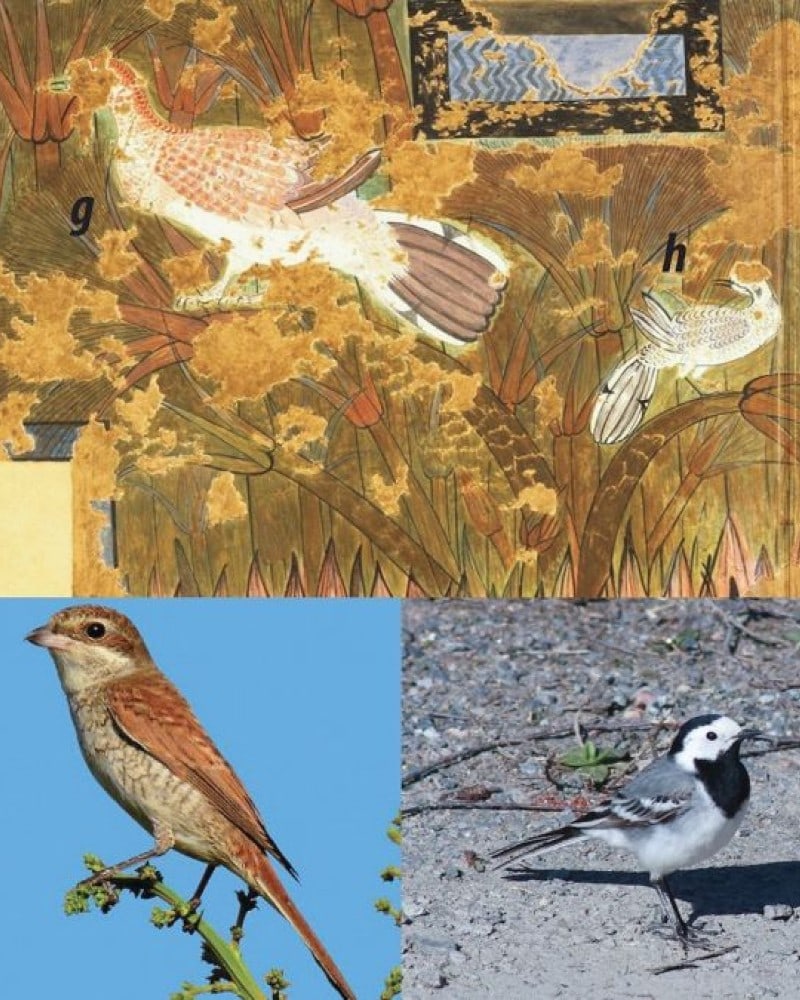 According to researchers, many of the birds featured in the painting are Rock Pigeons or Columba livia. There are also images of a White Wagtail or Motacilla alba, a Red-backed Shrike or Lanius collurio, and a Pied Kingfisher or Ceryle rudis. The research study was published in the journal Antiquity on 15th December. The name of the bird species was mentioned in the paper by the study co-author Barry Kemp, professor emeritus of Egyptology at the University of Cambridge, and co-researchers Christopher Stimpson, an honorary associate at the Oxford University Museum of Natural History. The research team examined a facsimile of the original artwork and identified the bird species using previously published taxonomic and ornithological research papers on the ancient Egyptian painting. Interestingly, all these bird species can still be found in modern-day Egypt. While the Rock Pigeons and the Pied Kingfishers can be found all year round, the Red-backed Shrikes and White Wagtails are seasonal migratory birds.

Anthropologists discovered the ‘mural masterpiece’ in a room, known today as the ‘Green Room.’ The entire room is painted with detailed images of flying birds, papyrus plants, and water lilies, creating a serene scene and calming atmosphere. According to Kemp and Stimpson, the royal family possibly used the room for relaxing. Alongside the realistic naturalistic art, the room probably was also adorned with real perfumed cut plants and soothing music ancient Egyptians used to play, creating a remarkably immersive sensory experience. As the researcher duo explained in the paper, the therapeutic calming effects of the natural environment were very important to the royal households and their lifestyle back then, just like it has gained increasing importance today.

While the 2022 Oscars have been tainted with an on-stage slap, the Grammy this year had witnessed ...

Every culture has its story of creation, and while tales like those in the Bible and “Beowulf” have ...

7 Cookbooks Every Cooking and Baking Expert Needs to Have

If you get joy from cooking and baking, you may want to consider having a few different cookbooks ...