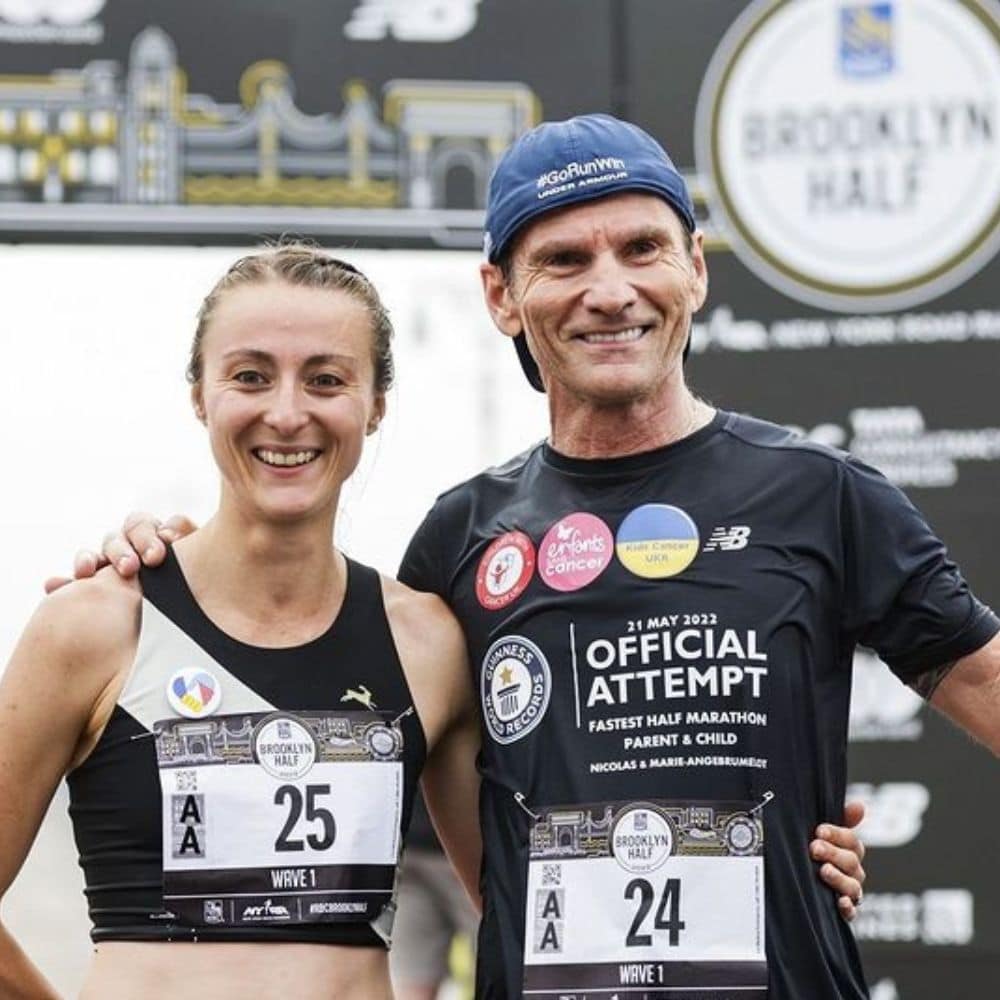 In the Brooklyn Half Marathon on May 21, 2022, Marie-Ange Burmelot and her father Nicolas Burmelot set a new world record, for the fastest combined running time of a father-daughter running a half marathon. The title for this unique and slightly unusual record was set at 2:58:35 by Jonathan Scott and Claire Bovill of the United Kingdom on March 8, 2020.

Elite-runner Marie-Ange has a record of representing France in the 2020 half marathon world championship. She also scored 20th on the Women’s overall Chicago Marathon 2020. Her father Nicolas Bermalot also comes from an athletic background, running numerous marathons and ultra-marathons. When Marie-Ange’s husband discovered this unique parent and child marathon record, he knew it was perfect for the duo. 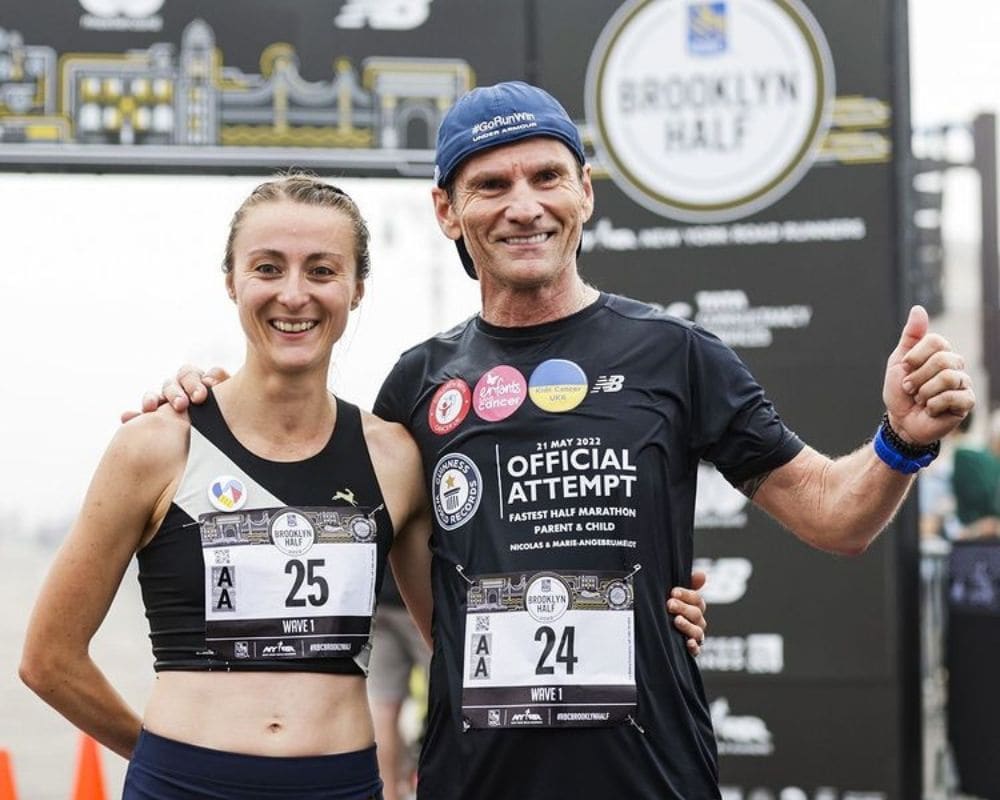 The father-daughter duo began training right away. Her father was ecstatic at the proposal and dove right into it. The father and daughter duo had a completely different schedule as well as conditions. The 29-year-old Marie-Ange was in the Catskills while her 60-year-old father was training from Paris. But with social media and apps like Strava, they managed to keep track of each other’s training.

On the Day of the Race

The day of the race was hot and humid. The weather and the course were unknown to Nicolas; he moved aside in the beginning to let the other runners go first and then ran at his pace. When Nicolas crossed the finish line, Marie-Ange hugged him, seeing her own and his time in excitement. Their individual timings were 1:13:46 and 1:31:46 respectively, and combined they were enough to beat the previous world record by over 13 minutes. Their whole family was present to cheer them along. As for whether the father-daughter duo will run again, it depends on whether somebody beats their record.

In America, the month of March is a time that society celebrates women’s astounding contributions ...

5 Feminist Lessons From Jane Austen That Are Especially Valid Today

To anyone who identifies as a feminist or knows something about feminism, Jane Austen is one of the ...

Do you hate when you tilt your face and your double chin appears? This is a common problem many ...